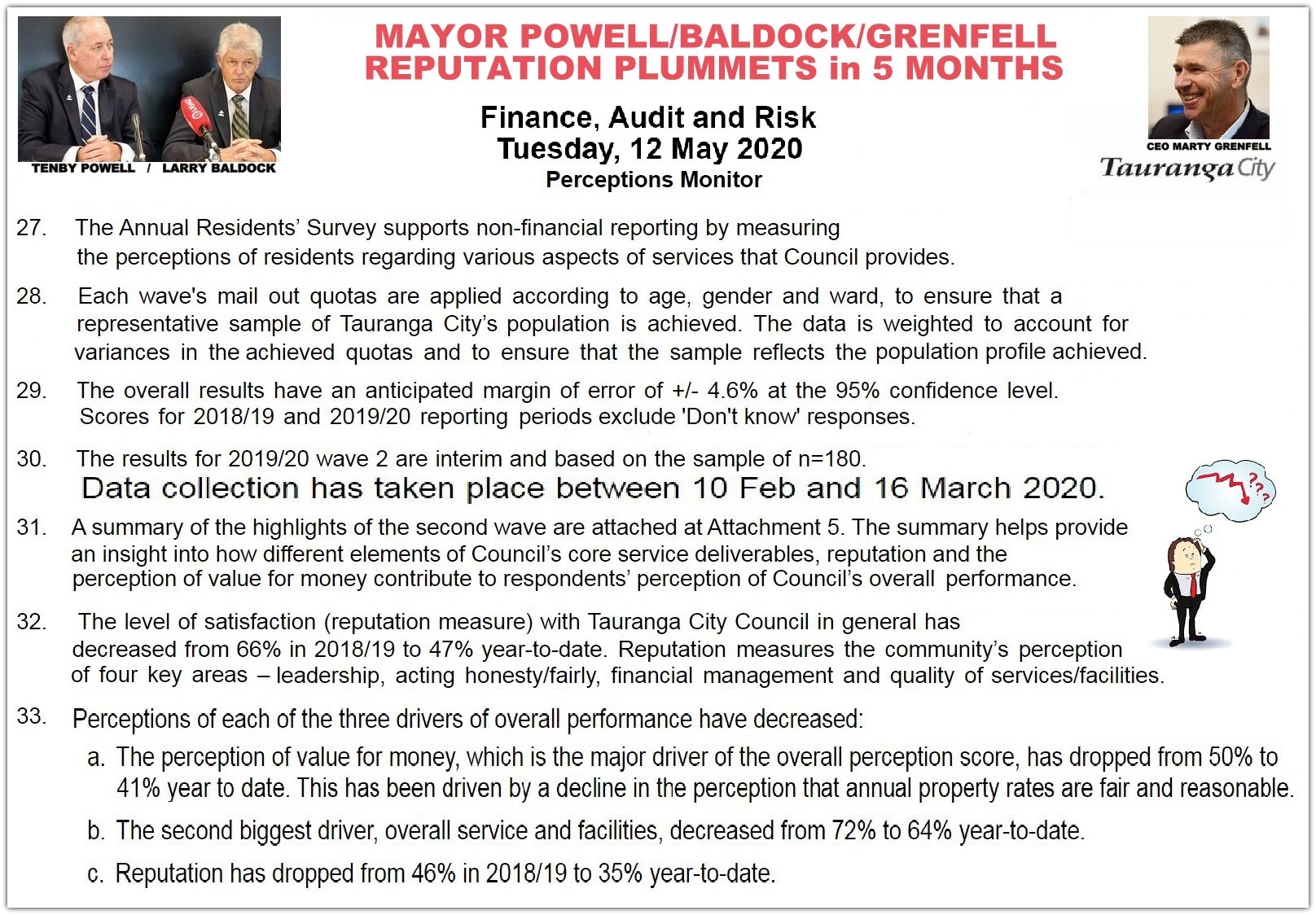 A significant contributor to this negative outcome is the initial process and outcomes championed by Mayor Tenby Powell in regards Councillor Committee appointments and extensive remuneration variables, again a significant departure from 'good practice' as previously applied by Tauranga City Council governance over many years and local authorities throughout NZ by majority.

1) Petitioners seek alternative nominations for the role of Deputy Mayor.
The Deputy Mayor appointment of Larry Baldock, with his excessive remuneration package, was destined to inflame many, within Council and within the community following high profile Bella Vista, No.11 gift to the Otamataha Trust, Museum and other contentious TCC matters. Deputy Mayor Larry Baldock has brought the role in to disrepute on a number of occasions, not the least, most recently, his successful efforts to undermine fellow councillors speaking rights and secure a 'seemingly predetermined' outcome regarding an $11 million Elizabeth Street upgrade.
Note: Petitioners consider 'gender balance' would better reflect our community and note the now proven integrity, independent community commitment and skill-sets demonstrated by Cr Dawn Kiddie. 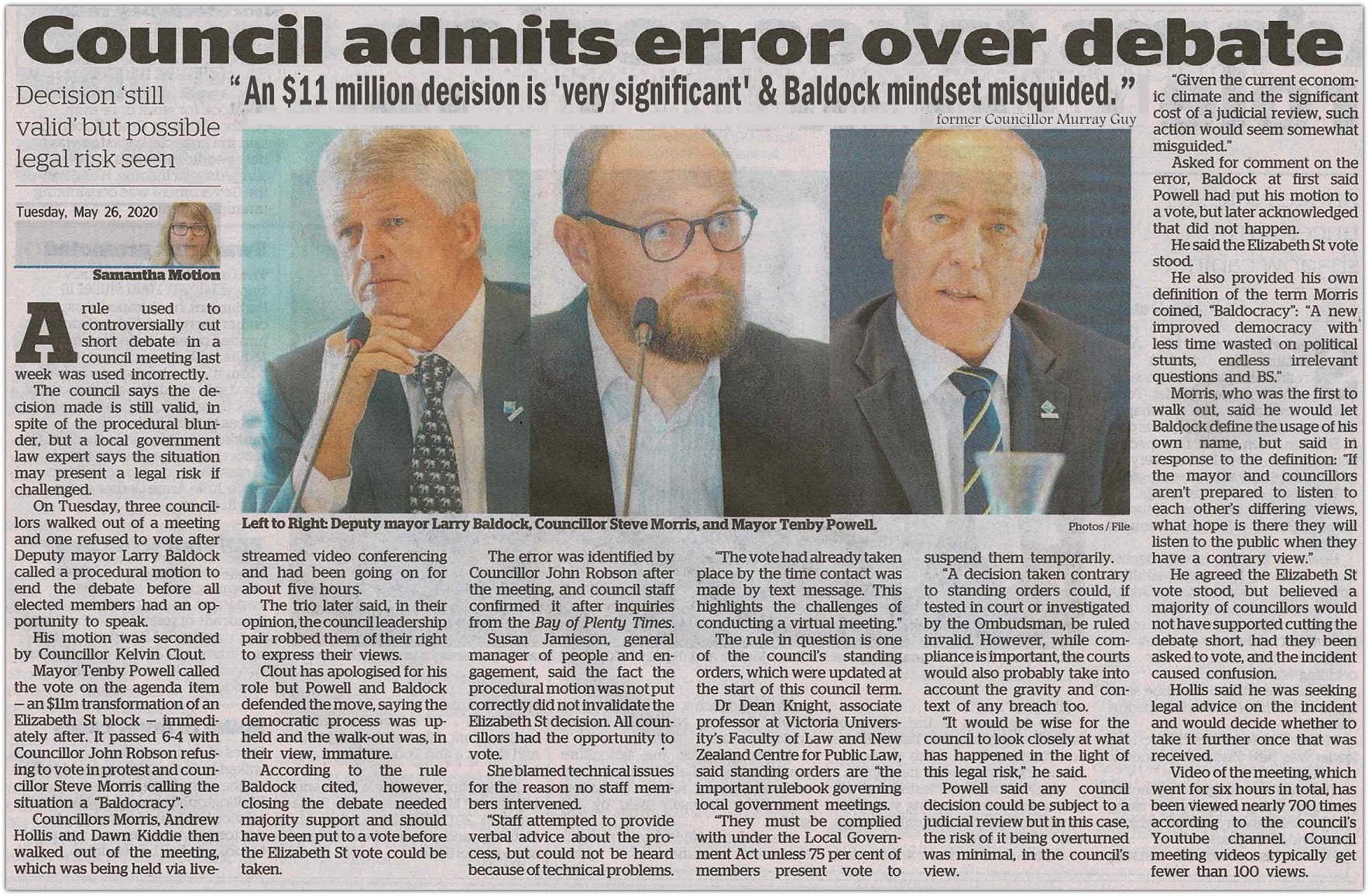 2) Petitioners request the Mayor and Councillors revisit and reallocate as considered appropriate (evidence based) committee chair, deputy chair appointees, external community representation, to include a mind-set of inclusiveness and succession planning.

3) Petitioners request the Mayor and Councillors revisit the excessive and divisive income variables for Councillors. The present allocations to NOT fairly reflect workloads, responsibilities, or experience, serving to divide and undermine the governance of Tauranga City.

As 8 months tenure approaches it is 'good practice', and the previous practice of Tauranga City Council, to revisit Elected Member Committee appointments, representation and remuneration following initial appointment decisions at the beginning of a new triennial.

● A collaborative leadership style with past experience as a cultural change agent;

Deputy Mayor Cr Larry Baldock campaign plank ... 'MORE DEMOCRACY. WE NEED MORE TRANSPARENCY AND REPRESENTATION'.
I would pursue improvements to our democracy by initiating regular surveys sent out with rates and water bills to better understand your opinion to guide Council’s decision making on our city’s future. I also believe that in a good democracy everyone needs to know how Councilors vote.

By signing, I authorize Murray Guy - Tauranga City Residents and Ratepayers to hand over my signature to those who have power on this issue.