South Africans unite against the heinous murders & rape of our citizens 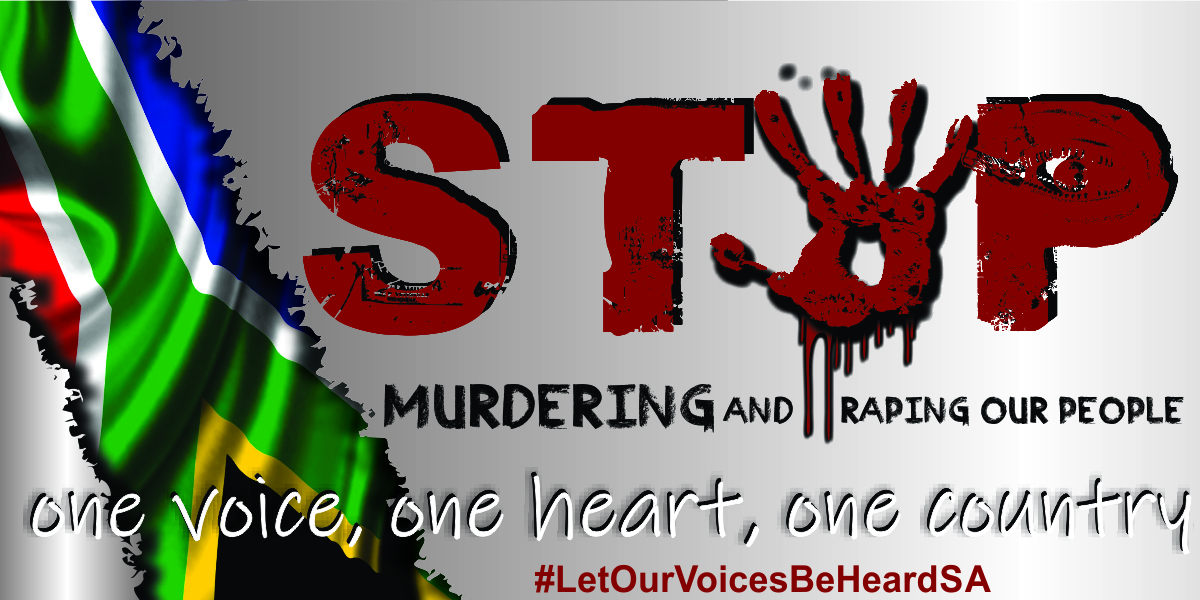 What makes you a citizen of South Africa?

However today, being a citizen means that you are part of a group, and that you have legal and political rights within that group. It brings with it both privileges and obligations.

What makes you a good citizen of South Africa?

Responsibility – be accountable for yourself and your actions.

Respectfulness – treat others how you want to be treated.

volunteering and/or making donations to charities.

Kindness – be friendly. Tolerance – be tolerant of other races and religions.

Courtesy – be considerate of others.

say you’re going to do.

Love of Justice – be fair and ask that others be so as well.

Let’s have the moral courage to stand up for what we consider to be wrong and defend those who cannot defend themselves.

This foretells what is happening in our beautiful country.

Brutal criminals have only seen this pandemic as an opportunity, and according to the stats, rape & murders have skyrocketed in South Africa.

Stats show there have been 621 282 contact crimes to date.  Contact crimes include murder, attempted murder and sexual offences, as well as common assault and robbery.  That is on average 2600 crimes a day in a country with only 58 million people.

Violence is in all sectors of our country. The murder or rape of any innocent human being, whether a farmer, a child, woman or man, can never be justified.

The most recent national statistics on crime show that a total of 21 325 people were murdered between April 1 last year and the end of March this year. Forty-nine farm murders occurred in this time.

The ANC deny the pandemic that is crippling our country, they have turned a blind eye to an accelerating crisis.

The ANC government underplays the cruelty and increasing frequency of these murders.

Why? Because the ANC, does not care for the lives of its citizens. This has been quite evident throughout the pandemic with the lack of food and basic necessities being provided for the poor and vulnerable.

It seems the ANC are on a path of destruction and their only interest is for themselves and what can be looted.

Our media hardly cover any murders, assaults and rape.  The only time the media gives these heinous crimes any cover is when they are literally forced to do so, so then to the rest of the world it does not exist.

Our media are ANC puppets and only cover stories allowed by our government.

The brutal death of Brendin Horner is the tipping point.

All South African MUST come together against this lawlessness.

We have had enough!!!   Our food security is of paramount importance, but the inhuman torture & brutal murders more so.

I urge you to sign & share this petition that the rest of the world can no longer pretend it doesn’t exist, that leaders of the UN which comprises of 193 member states will have to intervene and restore law & order which the corrupt ANC has failed to do.

Let our voices be heard South Africa, let us unite as a proud Nation, with equality and non-racialism. Let us strive to have empathy and understanding for one another, maintaining kindness for all situations and feelings. Before reacting or judging, remember the words “walk a mile in my shoes”

We have been tolerant and peace loving for too long It is time we stand up to the ANC and demand law and order and rid ourselves of the ANC and their warmongering factions!

By signing, I authorize Bev Maclean - Let Our Voices Be Heard SA to hand over my signature to those who have power on this issue.